Germanic Army based up

This week I decided to give my Germanic army a bit of attention. I based up the warbands just in time for a game that was planned. The game will be roughly 136pts for 'To the Strongest' rules, Germanics Vs Caesarian. 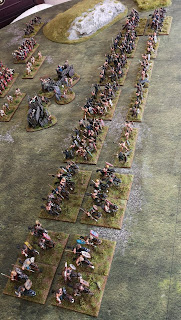 Here is the battle line...

4 x Germanic Cavalry (2 more than the army list permits but I have the models). 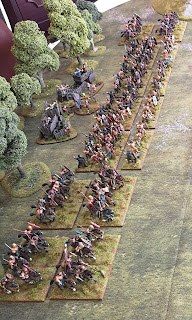 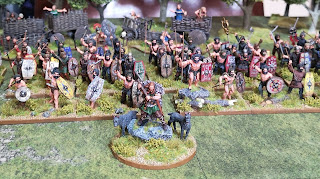 The Heroic General. This is a Warlord miniature but most of the army is Victrix and Foundy. 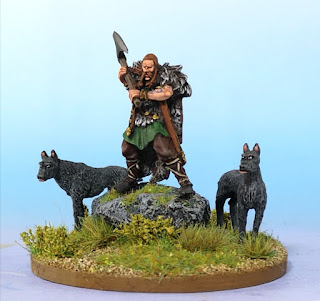 Posted by saxon dog No comments:

Based up two units of light troops for my Ancient Germanic army. Victrix miniatures with Little Big Men Studios transfers. 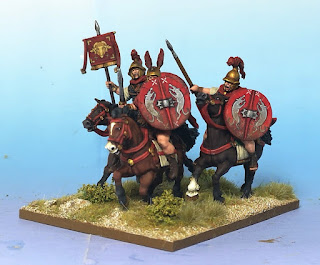 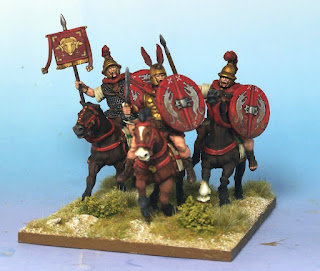 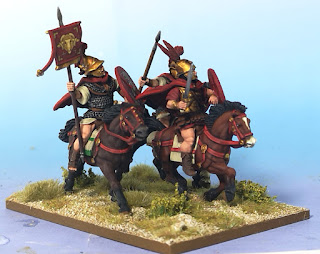 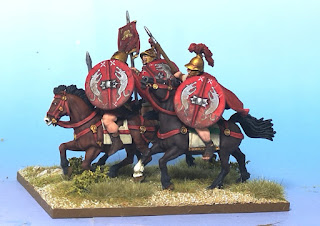 First stage will be to do 2 x Roman and 2 x Italian/Latin units.

I have added two units of Allied Italian Triarii to my Republican Roman army.
My plan is to expand these allied contingents over the next year or so.
Posted by saxon dog 6 comments:

Finished basing up a formed Italian Javelin unit that can also split into two or three light Javelin units. I will use these as allies for my Republican Roman army. I speed painted these a while back but last evenings game inspired me to get them based up. Victrix miniatures for use with the 'To the Strongest' rule set.

What a great evening playing 'To the Strongest' with my mates at the club, first time in a long time. 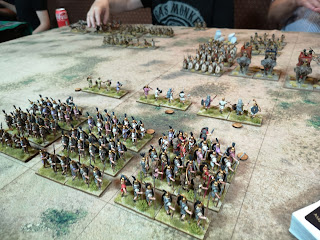 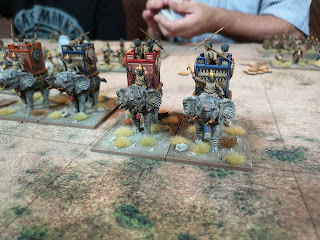 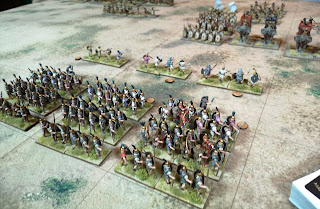 We played 155 Pts a side, my Republican Romans Vs John Glass's Numidian army.

John and Brian Phillips played the Numidians and Nichol Murray and I, the Romans.

After a rapid advance across the table, those pesky Numidians found a path straight for our camp. I was beginning to feel like it could have been one of Rome's greatest defeats. The Numidian Cavalry were making progress on our flanks and John's Elephants were stomping down on my command.

After this initial shock the Romans began to steady up, killing the elephants and turning things around. With just 4 coins left in the Numidian camp and 6 in the Roman camp, time was getting on and we decided to call it an evening.

Great game and lots of laughs.

Posted by saxon dog No comments:

My Senior Command Base 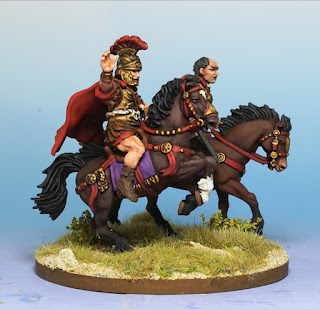 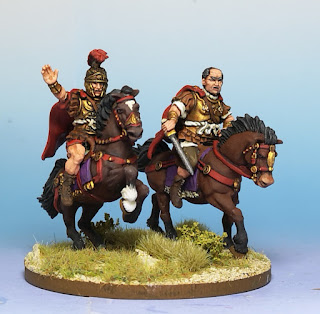 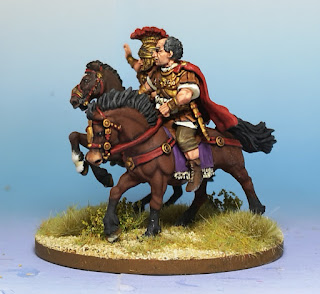 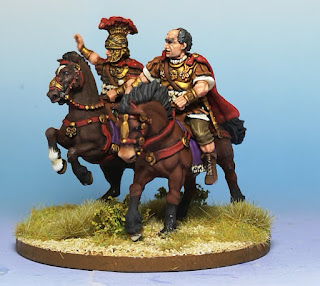 I painted up a command base for my Republican Roman army. It will also do as a Command for my Caesarian Army.
Posted by saxon dog 4 comments: 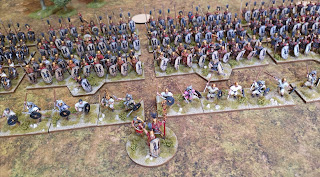 That is the Roman and Italian Infantry elements of my army completed. Just some command bases to add. I'll work on some Cavalry next. Figures are mostly Victrix miniatures with a few Aventine added in.

I have some Italian Javelin men that are not in the picture taking the figure total up to the 330 mark.

A little update on my Republican Roman project. Just finished another 12 x Principes for the army. Above is an image of the army so far, this time arrayed for a 150mm grid game of ' To The Strongest '.  I'll keep adding bases then eventually start work on the Equites Cavalry.
Posted by saxon dog 2 comments: