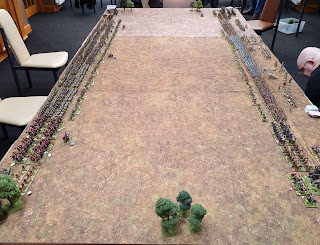 Images of the big Ancients game we played today. Figures from the Collections of Brian Phillips and myself . We used the "To the Strongest ' rules by Simon Miller. Polybian Roman Vs Imperial Selucid/Successors. There were 5 gamers playing (Andy, Brian, Nichol, Peter and I). Table was a 12 by 6 and there was probably about 1.5k figures in total. The game finished as a draw with the Romans taking the centre but Successors winning the flanks. I think if there was another turn it would have been a Roman defeat.

Massive Polybian army. With Roman, Italian cavalry and Numidian Elephants on the flanks. 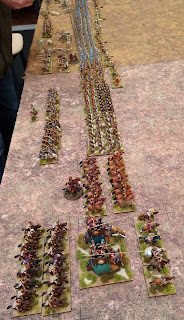 The Successors. With heavy and light cavalry and Elephants on the flanks. 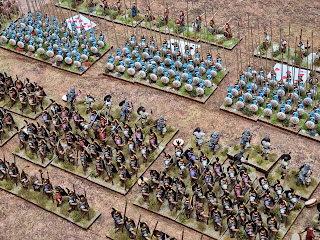 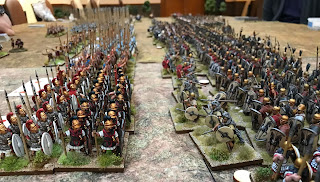 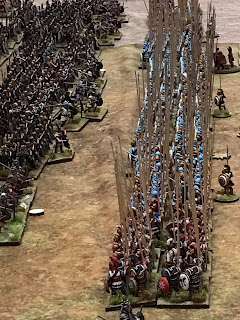 The epic struggle in the centre. 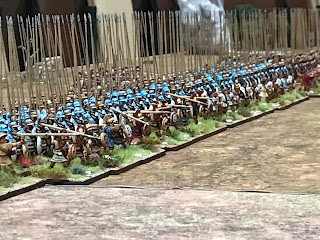 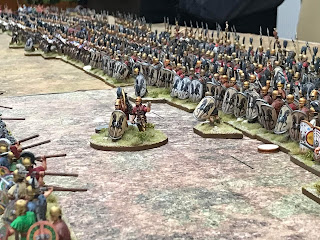 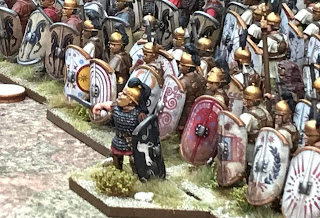 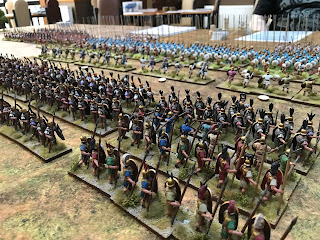 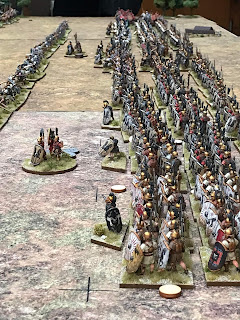 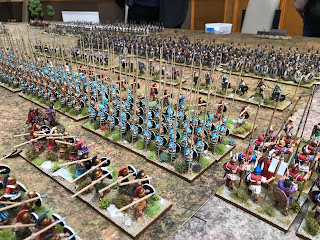 A brilliant day and after years of collecting the figures Brian and I were delighted to see it all arrayed on the table.
My thanks to Nichol Murray for organising such a great day.
Posted by saxon dog

Epic! A cast of thousands that would make Hollywood proud. I’ve never seen so many pikes in a game.

Seconded and third-ed(?) . . . A tremendous display and achievement. Color me green with envy.

Thank you everyone. Comments much appreciated.


Chris,the game started at 1 and finished about 6 o'clock. We ran out of time and I think one other hour would have had the Macedonians winning outright.